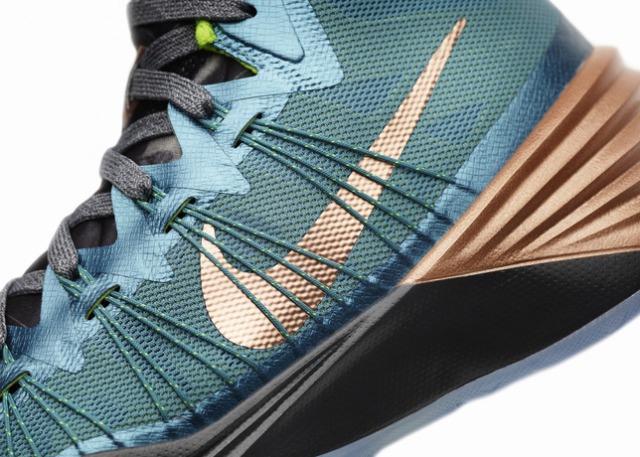 Since its debut in the summer of 2008, the Nike Hyperdunk has continued to push the boundaries of basketball innovation. The 2013 edition of the Nike Hyperdunk continues to evolve, with the latest version built for All-Star point guard Kyrie Irving’s versatile game while focusing on his lineage as inspiration.

Irving’s past and future is the main theme of Irving’s 2013 Hyperdunk as told through color and material. Born in Melbourne, Australia, where his father, Drederick, played professional basketball, Irving is proud of his roots. The green-toned teal and volt colorway is a futuristic take on Australia’s National basketball team colorway of green and yellow.  Featured on the tongue and lining is a “wave” graphic that depicts the story of his travels overseas from Melbourne to New Jersey.

The new Hyperdunk 2013 designed around Irving’s journey is available today at Nike.com and select retailers worldwide. 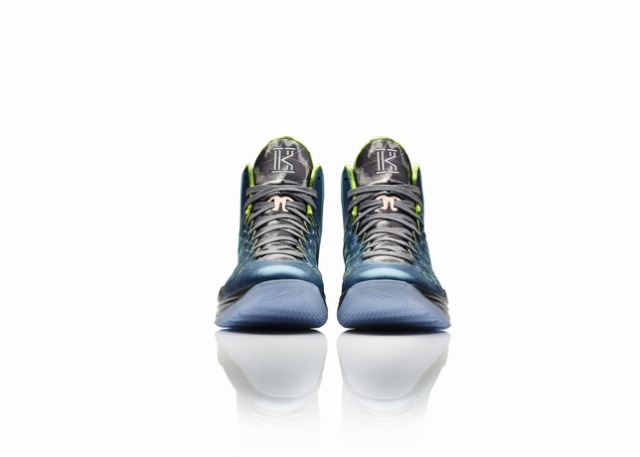 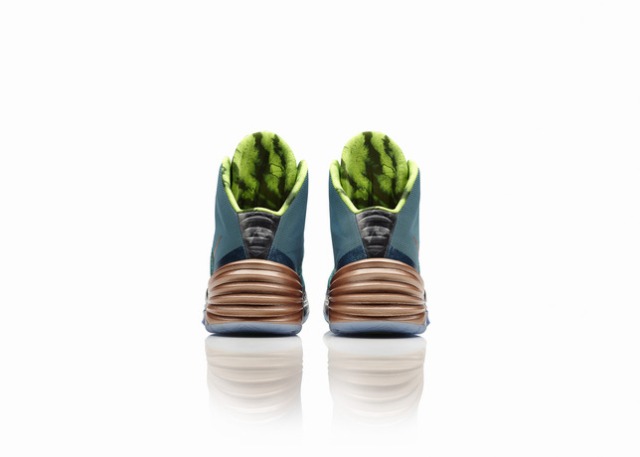 Addicted To Kicks
View all posts by Kicks Addict →
This entry was posted in Nike and tagged Hyperdunk 2013, Kyrie Irving, Nike, Nike Hyperdunk 2013. Bookmark the permalink.